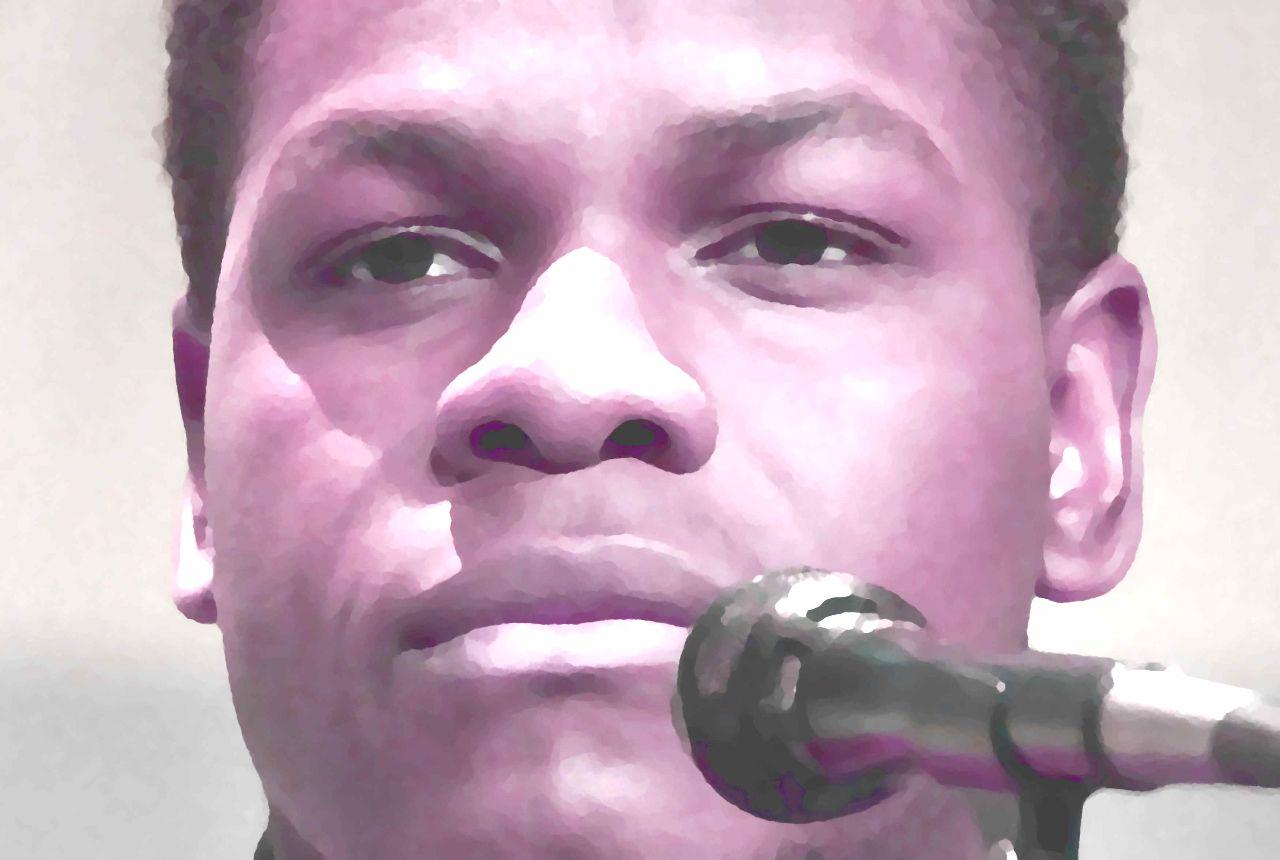 'Twas was the night after Christmas (I think,) and I was in the same scroogy mood I must maintain for consistency of appearances & equilibrium of family dynamics every year. Everywhere, there were words on the newest Stair Wiggling…everywhere THEY were wiggling… And I was being wit-bitter on the TL. For you, I’d planned on continuing in the usual way, so as not to startle your precious Hans Zimmer-embossed heart.

I’m sure you’re a tolerable being, and there’s nothing you’d rather read less at this hour (whatever hour it may be,) but I really despise going to the movies. I always end up getting sick from the popcorn, which I buy every outing because I have grown weary and weathered, and cannot sit for two straight hours without consuming something, so troubled is my stomach now with Big Boy woes.

I can never escape the ambient breath odor — even in an empty theatre — and I can smell the filth in the seats on my clothes and in my hair until I shower. This is at least an hour-long process, so we’ve racked up a significant trauma bill without even accounting for travel time.

Furious 7 was the last theatre experience I’d had, and it was a definite exception. Despite watching ten minutes of the ending on YouTube beforehand thanks to much-appreciated warnings from friends, I spent the final few frames before the credit roll honorably combatting the industrial weepy forces in my throat with tripplet labor breathing exercises while my dusty ducts piddled buttery tears all over my jacket.

As we age, straightforwardly emotional experiences (like watching a movie) become exhaustingly more complex and fickle. I don’t remember ever REALLY disliking a film as a child, for better or worse. I think I genuinely enjoyed all ~40 times I’ve sat through Cadet Kelly.

Star Wars, though, is a completely different thing.

To children, chocolate is like water [insert dystopian, but probably more metaphorically effective food example here] — it’s something you’d regularly consume as it is made available. Perhaps some foodists treasured it more, but I wouldn’t bother debating it. Star Wars, though, is like chocolate and Corvette. It’s SUCH an indulgence that even children are self-aware enough to recognize it, which is especially notable considering how many individuals I’ve known as they’ve lost nothing BUT their unlimited wanting when they “became” adults.

Metatots aside, it’s important to recognize how integral the IP’s illusion of limitlessness is to its appeal. It is not contained within the future of humanity, near or distant. The stories, characters, species, cultures, and conflicts come from a long time ago, in a galaxy far, far away… There is no more perfectly concise introductory sentence to unshackle us from our history and our planet, sparing us from the ridiculously irrational instinct to make comparisons between fictional realities and our own that so plagues and defines the consumption of science fiction.

These processes are often welcome, of course, but they tether us to ourselves and our familiars, which tends to hinder the complete manifestation of the ultimate sense of adventure. Even to the most petty plot ponderers, the time and effort it requires to arrive in Star Wars with externally-acquired foreknowledge is not a worthwhile investment. This is why so many (including myself) look upon A New Hope with such fondness and favoritism — the premier of the universe was at its potential apogee from the start.

Though it is inviting with its ellipses and cooling hue, that title card is actually saying “you don’t know shit about what you’re about to see. Don’t make the mistake of trying to be the first one to dissect it, because you’ll fail, regardless of how cultured or analytically superior you are. From this moment until you see credits, every one of you is an ignorant little child…”

When experience cannot possibly be applied, it becomes irrelevant. Without your experiences, you are an infant, waiting for identity. Over that Genesis, the curtains brushed aside any quantity of memories and made theatres into a sort of cultural nursery — clinically levelled playing fields existing in a precision of usefulness that expression will never fulfill again.

The real cancer of the property is lore, and the parasitic authorities it enables have been unknowingly slurping away its most enchanting (but not exclusive) value since the moment they first pushed through those double-portholed doors and, groggily squinting, brought this supremely strange universe into the dank kernel-littered corridors of our own.

I blame contemporary society’s dependency on compartmentalization for my disappointment in The Force Awakens, and, assuming you’re getting on a bit since I’ve kept your attention, you should for yours, too.

I tried my senile best to be passionate about “the new Star Wars movie” as December approached, but I don’t think I finished a single web article on the subject. I had begun my brief return to The Old Republic when the hilted lightsaber image was leaked and distinctly remember overhearing some very weary VoIP exasperation from my (VERY middle-aged) raid group. “It’s not gonna be the same, but neither was J.J.‘s Star Trek, and I liked it…I think.” And it’s not surprising that the conversation eventually turned to the specific mechanics of lightsaber design, chronological positing, and the like, given the context, but it really emphasized for me the magnitude of the history and nostalgia weighing upon the collective dad emotional balance. A New Hope had the intended effect on me, of course, but couldn’t possibly imburden itself as it had on those who were in the moment. In their psyche, that experience will be eternally associated with the sense of unlimited potential their childhood ignorance allowed for. These folk who are so often stereotyped as disciples of information have begun to grow weary, and are desperately seeking sanctuary from the mass of all the knowledge they’ve picked up since. Their need made a market; J.J. made a movie. (Well, six.) Today’s moms and dads find their escape in the Roku, not the bar. The Force Awakens and the decade of revivalist big-budgeters preceding it are the reformed druggie’s drug.

Because we both know you haven’t yet read anything you haven’t heard/read previously, I’ve really just been playing the role of a (more intelligent) Ghandi, but we’ve now finally arrived at some promising insight into the real issue: this culture is one of fatal contradiction. Despite its historical popularity, it’s ill-advisable to want to know by day what you try to forget at night. Since the PT Cruiser was allowed to go on sale, you’ve all been caught up in a nostalgic hellride that can only end with the ultimate destruction of all culture. You now know, definitively, what role The Force Awakens was created to perform. Depending on whether or not you welcome the end of everything, it fills it…adequately.

There are Baddie Red Brits and Cool Brown Moderate Americans in their X-Things, moving swiftly, acting in diversity, and generally heaving moral streaks of energy at the Intolerable Imperialists, just as they should! Sometimes, they yell and die! But it’s ok, because they’re all just loyal martyrs making their obligatory and patriotic sacrifice for the rebellion against the Queen!

I mean… the Smug Cowards in their big taxation balloon!

I must confess that I did feel something huge when the lights dimmed, the aforementioned disclaimer appeared, and the theme’s jarring introductory chord hit me in the face, beginning the opening crawl. I actually smiled involuntarily, which is tremendously embarrassing to admit because the warmth I felt was exactly the sensation that defined my childhood experiences with the franchise. I even had a gigantic model of the Moderate Fashion, which would now be worth a lot of money (or so I’m told,) had it not been so damaged in my frivolous storage.

Unfortunately, that frisky feeling of adventure promptly wisped through the screen’s grasp after the “obligatory” scrolling yellow text –> “there’s a big spaceship moving slowly” transition. Aside from the adorably entrancing romantic tension between Timid Traitor and Sentimental Squatter, there was nothing very Star Wars about anything I saw. The cards were a deceiving gate into a world that was distinctly NOT Star Wars. There’s no need to mess about; it’s clearly an alternate reality from the one we’ve known. J.J.‘s Star Trekwas in such a way, too, but it was explicitly identified as such by the production. Traditionally, Lucas’ IP wouldn’t necessarily allow for this exemption, but nobody’s been all that vocal in confronting it, to my knowledge.

The world expected both of these forays to rejuvenate the franchise, which would serve my argument, were it not for the (much preferable) alternative: LET THEM DIE.

Despite millions of dollars worth of polish, they’ve still ended up feeling like a strange reanimation experiment.

Your son is DEAD, Georgino. There are some things man would do better by leaving alone and moving on. Imagine all that cash and creative talent spent on new ideas instead of desperate attempts to charm and cultivate the shallowest part of moviegoers’ spectrum. So much sweat shed trying to recreate the new franchise bewitchment is embarrassingly cowardly when one could just create a new franchise.