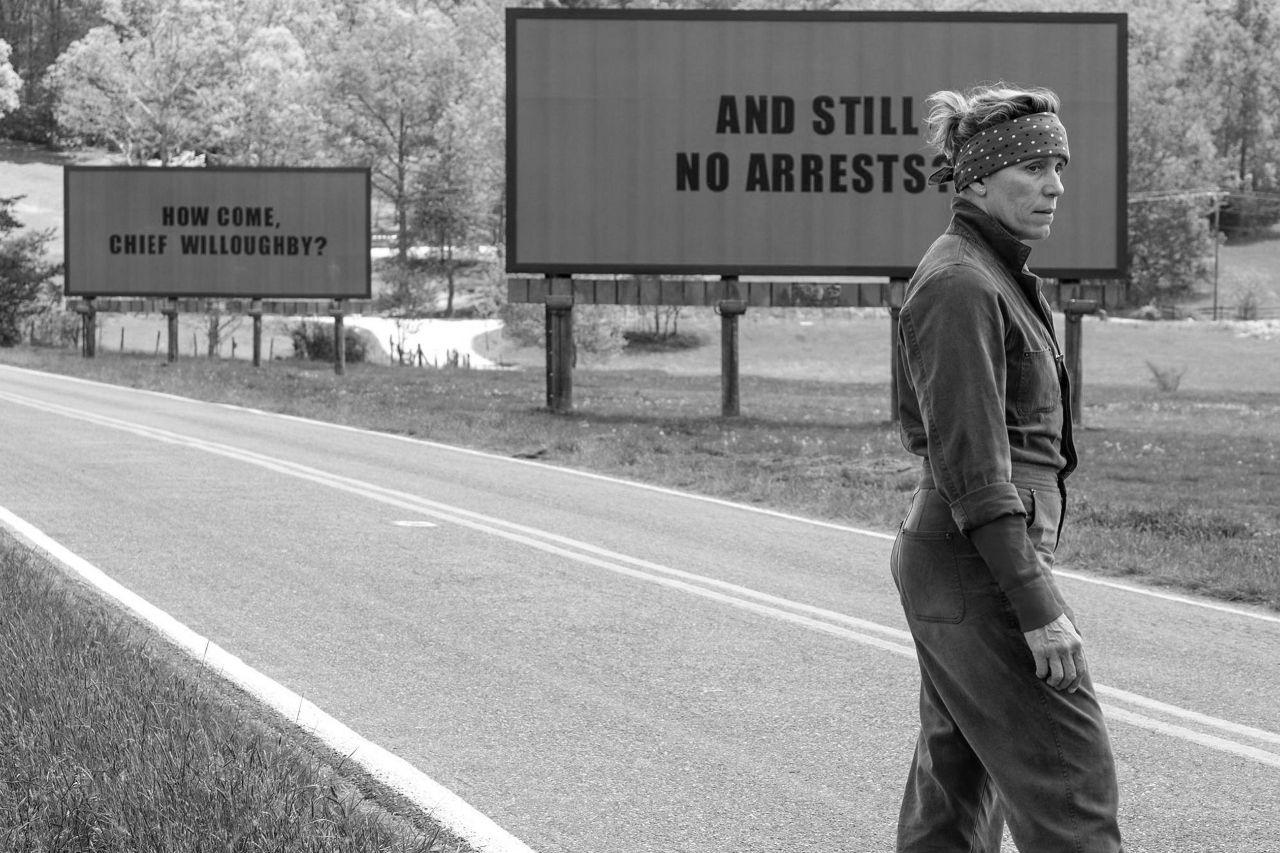 Indeed, it may be the time to jab at the rural, working-class South, but Martin McDonagh claims to have written his Golden Orb Special “eight years ago,” long before Tump, and any critical resolution the film provides is argued haphazardly. Consequently, its eye is cast on this strange, satirical portrayal of the Midwest in a manner which is inaccurate and insensitive enough to irk this Missourian. When I saw it at Columbia’s Ragtag Cinema this week, it was introduced by a young employee who noted that 1) Ebbing, Missouri is not a real place, 2) the film was actually shot in one of the Carolinas (an audience member suggested incorrectly that it was in SC,) and 3) we should prepare ourselves to be roused a bit by a bar scene in which a character pays $8 for two beers because “that just wouldn’t happen” (the Ragtag also serves alcohol.)

The “redemption arc” of the racist “hick” “loser” Officer Dixon (Sam Rockwell) was rightfully at the center of the film’s controversy, but even if one imagines his role and fate written differently — perhaps with him irrecoverably shunned and/or visibly punished for his excessive, hateful violence — his rubishness would still be unforgivable. Living with his mother and turtle feels like an effort to humanize him — and, by extension, racist small-town cops as a whole. The Huffington Post’s Zeba Blay wrote an essential take on why Three Billboards — with its terrifyingly racist dork — was received the way it was.

Rockwell’s character is the racist uncle whom white liberals fear and love. The ability to feel for him ― to root for him in spite of his past transgressions, because he really is a “good man at heart,” an idiot who doesn’t know any better ― offers a kind of catharsis for the white viewer who can’t or won’t deal with true nuance, who is unable to reconcile their own complicity with their desire to be “good.”

It’s not as if the film isn’t technically well executed or refreshing — thanks in large part, yes, to Frances McDormand — or that I will not regret appealing on behalf of my home state, but it’s hard not to speak up when Hollywood shits so recklessly on my people. I don’t much like writing about movies because there are so many voices who consistently speak so much more effectively. NPR’s Pop Culture Happy Hour, for instance, did a wonderful job dissecting the film’s depictions of racism and domestic violence. Gene Demby commented that “[McDonagh] doesn’t get these particular physics of American racism, and he’s not interested in them,” and I think it’s reasonable to suggest that Mark’s not very versed or interested in the physics of American class, either.

If you must differentiate the state of Missouri as a cultural whole between North and South, it is currently more red than blue — we went 56% for Donald and 38% for Hillary — but ask anyone from “somewhere down in the Georgia, Florida, Alabama corner” — as McDonagh put it -where we generally fall, and they’d be unlikely to regard us, fraternally, as the same part of the country. The accents in Three Billboards are not among the wide variety of local dialects you’ll encounter anywhere in the state, but perhaps they wouldn’t be out of place in Sylva, North Carolina, where the film was actually shot.

Regardless of all potential criticism of the film’s cultural perspective or technical excellence — and I think most of it is more valid than any take I could possibly offer — my particular issue with it comes from a culmination of tasteless decisions. If one reasonably successful Irish director were to produce a patronizing film at the expense of Missouri’s working class filled with a ton of absurd, misconstrued characters portrayed by A-list talent on location in a real Missouri town, the side-effectual economic benefits such a production delivers to a locale would make it all more forgivable. Say what you want about us… as long as you’re paying. But to photograph such a film completely separate Missouri — culturally and financially — set in a fictional(ized) town, include the state’s name in its title, before conducting oneself in interviews as if we were a random target on a “Southern” dartboard… Well, that’s awfully shitty.

Boy, working class Americans sure are a riot!

The writing is interesting enough for this, totally-out-of-touch“reviewer,” but I can’t imagine why it won Best Screenplay at the Globes, unless the other nominees were completely, bleakly predictable. (I wouldn’t know.) The excerpt below (SPOILER WARNING I GUESS? LOL) was the most stirring part of the experience, personally, if only because I really like films that palm strike one in the face without warning with bizarre, chaotic vulgarity (like the elevator scene in Drive.)

I suppose it could have been the result of a rational decision to give any depth to Anne (Abbie Cornish) — who is Chief Willoughby’s (Woody Fucking Harrelson) Australian?, much-too-attractive wife — before he kills himself in the last third of the movie, making her suddenly relevant. Or, perhaps it was another attempt to emphasize the emotional repression of “Southern” folks — one of the almost-accurate positives of the film, if only thanks to McDormand’s skill. She and Sam Rockwell won Best Actress and Best Actor in a Supporting Role, respectively, which makes sense — it’s a shame they accepted such an out-of-touch work with which to demonstrate their ability to assume aloof, emotionally-dysfunctional characters.

Growing up astride classe while traveling throughout the vast majority of Missouri for various reasons has made me defensive, and — while my right to speak for hard-working Midwesterners is certainly debatable -I’d suggest the industry at large be more diligently interested when setting is especially emphasized. It is no longer acceptable to pass up the opportunities McDonagh has for critical storytelling in Three Billboards. Racist cops, abusive spouses, unsolved murders, and mishandled grief are real, abundant issues in the country’s breadbasket, and they’re worth discussing responsibly — especially with such a powerful platform. If the purpose of film writing is to help an audience determine whether or not a work is worth spending their time and money to see it in theaters or otherwise, I can tell you — even within my bias and limited authority -that this one just… isn’t.